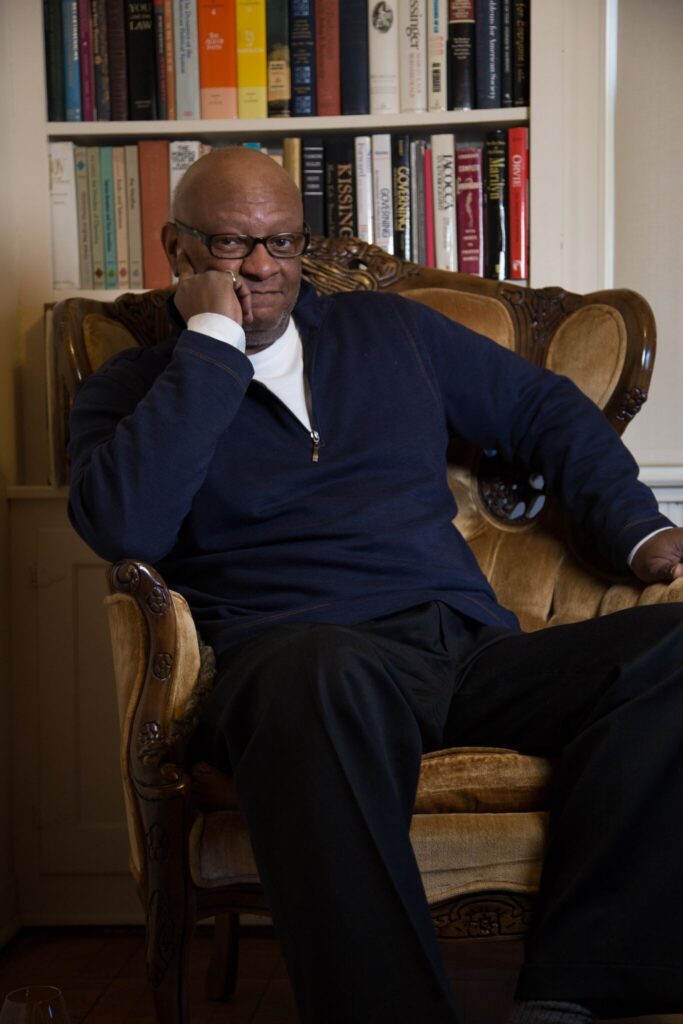 Craig Wilkins is a lecturer in architecture at the University of Michigan’s Taubman College of Architecture and Urban Planning and the 2020 Visual Art & Design Showcase keynote speaker.

Raised in the shadow of America’s most iconic Midwestern skyline, you’d think Craig Wilkins might have strong opinions regarding the Windy City’s architecture. His father, a systems analyst for the Chicago Board of Education, and mother, a bank president, were steeped in the city’s civics while Wilkins grew up a baseball enthusiast on the South Side.

But when it comes to urban structures, Wilkins has always been more concerned with the people inside them.

“People often ask me what my favorite building is or who my favorite architect is, and I struggle to give them a cogent answer,” says Wilkins, the keynote speaker for the 2020 Visual Art and Design Showcase at 5 p.m. Wednesday, Feb. 12, in Jesse Hall. “I’m much more interested in the impact that a building might have on a neighborhood or street.”

Currently a lecturer in architecture at the University of Michigan’s Taubman College of Architecture and Urban Planning, Wilkins brings with him a wealth of scholarly and practical knowledge — in addition to his substantial bibliography of presentations, publications and books. One of his favorite topics, hip-hop architecture, speaks to the relationship between the music genre’s stylings and modern design.

“Hip-hop came out when CDs were coming into vogue and turntables were being tossed aside for better musical production technology,” Wilkins says. “Music students without access to instruments would find a horn section on an album and say, ‘I’ll just make music that way.’ Hip-hop architecture looks at how you might use materials in a way they weren’t necessarily designed to be used and how you might repurpose them in architectural fashion.”

The former director of the Detroit Community Design Center, Wilkins heads up the Wilkins project, a social justice and strategic design alliance that provides architectural, urban design and planning services, public interest design solutions and expertise in engaged public discourse. He jokes that architecture was a fallback plan after taking three years of drafting in prep school.

“I wanted to be a baseball player, but it was very difficult to build models on the back of a traveling bus,” says Wilkins, laughing. “So, I had to make a choice.” 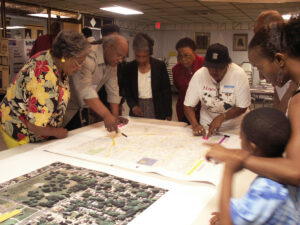 Craig Wilkins works with neighborhood representatives on a participatory design project with community residents in Detroit.

Among Wilkins’ many career pride points is a housing project he tackled during his time with the Minnesota Design Center for American Urban Landscape. Working with a disenfranchised community, Wilkins and associates helped redesign and rebuild dilapidated housing in Minneapolis. The project even involved redirecting a creek on the premises for the residents to enjoy.

“We spent about a year and a half working with community members before we even put pen to paper,” Wilkins says. “Now the project is fully occupied, and I believe there’s actually a wait for the homes.

“People wanted to be heard. They wanted someone to actually take their concerns seriously.”

As the keynote speaker for the Visual Art and Design Showcase, which runs Feb. 3–13, Wilkins also brings experience as a clothing designer, graphic designer and painter. When he addresses the crowd at Jesse Auditorium, he hopes to inspire the attending nascent artists.

“There’s a responsibility that comes with their expertise. As designers and artists, we tend to only talk to each other,” Wilkins says. “Speak up! We can’t afford to be so clubby. The world need access to what we do, and it’s incumbent upon us to tell people why design matters.”