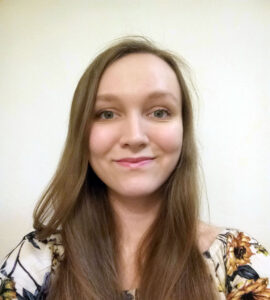 “The Art of Death” initiative is hosting an art exhibition at the Museum of Art & Archaeology from March 3rd to June 21st. This is the fourth year that the MU Honors College’s ASH (Art, Social Sciences and Humanities) Scholars Program and the Office of Undergraduate Research has collaborated on the project, and the first time the selected artwork will be displayed in the Museum of Art & Archaeology. The goal of this initiative is to normalize conversations about death and dying through public outreach and creative projects.

“The Art of Death” is split into three angles: archaeology, digital storytelling and psychology. Cassandra Draudt, a senior Russian and History double major, is focusing on the psychological aspect of this project.

“Participating in ‘The Art of Death’ has given me a greater perspective on death and accepting that life and death are inextricably linked,” said Cassandra. “Of course, you’re always aware that death will come someday, and I’m sure a lot of people are afraid of it like I am. But interacting with death and the concept of dying in this project forced me to interact with death through the medium of art. It seems contradictory, with art being a process of creation and death being a process of deterioration, but seeing how humans use art to express their most intimate feelings about death has helped me come to terms with the reality of the eventual.”

Cassandra has been involved in the project since last fall. In her psychological role, she has helped conduct research on over 225 paintings which depict death in a positive or negative light, as well as a neutral control group. These paintings were shown to participants in a survey, in which they ranked the art based on various aspects.

“One painting which seemed to stick out to participants was Death on Cosna by George Pratt,” said Cassandra. “At first, it looks like a jumble of bright colors against a brown background, but upon further inspection, it is actually a group of fallen soldiers tangled in barbed wire. Many of Pratt’s works follow a similar byline of the brutality of war mixed with abstract, bright impressionism. His work in particular has stuck with me throughout this process because it forces the viewer to reckon with the painting’s beauty alongside its violence.”

Pratt’s artwork, along with many others, can be viewed at the Museum of Art & Archeology. The exhibition is free and open to the public Tuesday through Friday, from 9am to 4pm, and Saturday and Sunday, from noon to 4pm.

“I hope that spectators can look at this project and come away considering death from a new angle,” said Cassandra. “One thing I have learned is that we don’t talk about death enough, even though it is always with us. There are ways to consider death aside from our preconceived notions of it. If they come away thinking about death just a little differently, then ‘The Art of Death’ has had an impact.”

The Art of Death at the Museum of Art & Archaeology