Sociological research is often different than typical scientific research. It is more centered around interviews and people instead of being centered around a lab environment. Dr. Wayne Brekhus explains how his students conduct their research and how he guides them. 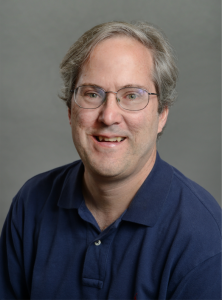 Brekhus’ students typically take part in qualitative research, such as ethnographies and interviews. They go out in the world and learn about people who are different from themselves.

Brekhus says his students are very enthusiastic about sociology, and his job as their mentor is to help them make sense of the information they are collecting, and to help guide them through the process.

His students conduct projects over a vast range of subjects, which have included racial identity, sexuality, and sexism in certain work environments such as restaurants. He has even had a student work with militias.

“It can be a little intimidating to first ask

someone for an interview or to show up at a site and make yourself present there,” Brekhus said. “That part I think becomes enjoyable very quickly once you get over the shyness.”

Something Brekhus is proud of is the drive that his students have to study subjects that they are truly passionate about. His research model focuses on the student’s independence, and he helps them from there, rather than telling them what their project is.

“The model that I more often use is really the student comes up with the project in an interaction with me and a discussion and then they go out and do it.” Said Brekhus “It gives them a little bit more independence.”

One of Brekhus’ favorite parts about working with students is how they both learn from each other. He feels as though it cuts both ways. He learns and grows from his students and in turn thry learn and grows from him.

Everyone’s projects are different, so he gets to meet all sorts of new and interesting people with equally interesting ideas.

One of his favorite programs here at MU is the McNair Scholars Program. The program often takes first generation college students, and he mentors students on their projects.

Brekhus has been at MU for 18 years, and loves the way his job helps him learn about people and ideas.

Brekhus admits that this was not his initial life plan. He completed his undergraduate degree at North Dakota State University, and after graduating decided to attend graduate school because the economy and job market weren’t good at the time.

He completed his PhD at Rutgers University, and started working at MU in 1999. He enjoys the idea of being “in college” for the rest of his life.