When Romanus Hutchins was a middle school student, he was not sure he had what it took to be a scientist. 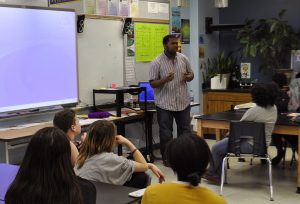 “I thought science was too difficult of an industry to become part of because I thought that to be a great scientist you needed to be a genius,” Hutchins says.

After working in a research lab at Mizzou for the past four years, he has learned that being a scientist is not about being a genius; the most important characteristic of being a scientist, he says, is curiosity. He wants to pass that on to current middle school students.

Last spring, Hutchins and other Mizzou students from MU’s Exposure to Research for Science Students (EXPRESS) program, which is an undergraduate research program though the Initiative for Maximizing Student Diversity (IMSD), started an after-school science program to engage local middle school students in science. The IMSD EXPRESS program is funded by a grant from the National Institutes of Health and supports underrepresented minority students work in MU research labs to prepare the students for doctoral programs in science.

Once a month, a group of IMSD EXPRESS students visits Lange Middle School in Columbia, sharing their love for science.

“In science, individuals often fear appearing unintelligent,” says Lacey Lopez, another member of the program’s organizing committee. “Science research is not built off of fear; instead, it is enhanced through the sharing of discoveries and creativity.” 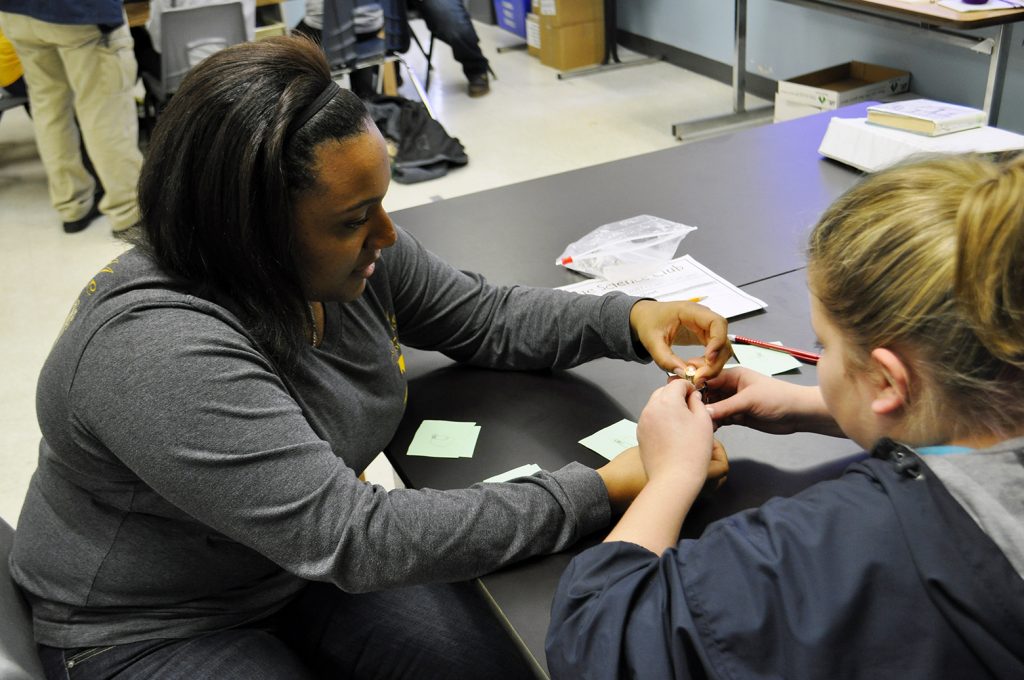 “Our hope is that students not only learn something new after each experience, but feel supported as they explore their scientific questions,” Lopez says.

In addition to teaching scientific concepts, the program’s goal is to help students gain confidence in their learning abilities and be willing to take on new challenges.

“Not all of the students who attend our events recognize their potential and strengths,” Lopez says. “We strive to break any negative perspectives by tailoring to student’s individual strengths and encouraging them to meet their goals.”

Lopez has noticed changes in some of the student’s academic success and overall confidence.

The outreach program is also an avenue to enhance diversity in future generations of scientists.

“We want to reach out to a young demographic that could benefit from more exposure to science,” Hutchins says.

The program has been enriching to the Mizzou undergraduate researchers as well.

“To see a student grow in some of the most formative years of their lives is an opportunity not often found,” Lopez says. “They teach us as much as we teach them.”